Step into an alternative economy! Orient Express Yourself by Dafna Maimon is a participatory performance where the audience can buy portion of falafels from a food truck using personal experiences of family relations or of patriarchal society as payment. The price of a portion varies from 15 to 299 words, depending on questions asked by the salesperson. The conversation between customer and salesperson is transmitted via microphone to other customers, transforming the personal into a commodity. The society forming in the restaurant and its critical space can be empowering, although simultaneously emphasising the commercialisation of the private as one of capitalism’s strategies in the experience and commodity market.

The work is inspired by Orient Express, the first kebab and falafel restaurant in Helsinki, founded by Maimon’s family in the Forum shopping centre in 1985. Orient Express Yourself was first implemented at Lilith Performance Studio in Malmö in 2017.

The performance Orient Express Yourself was part of the URB22 festival program hosted by Kiasma. 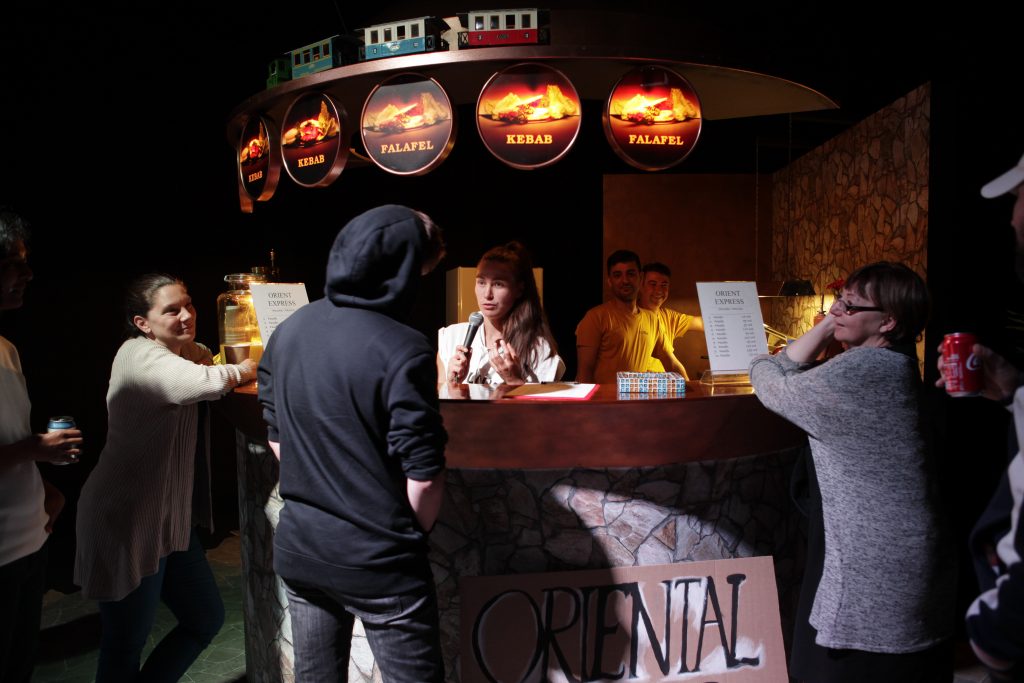 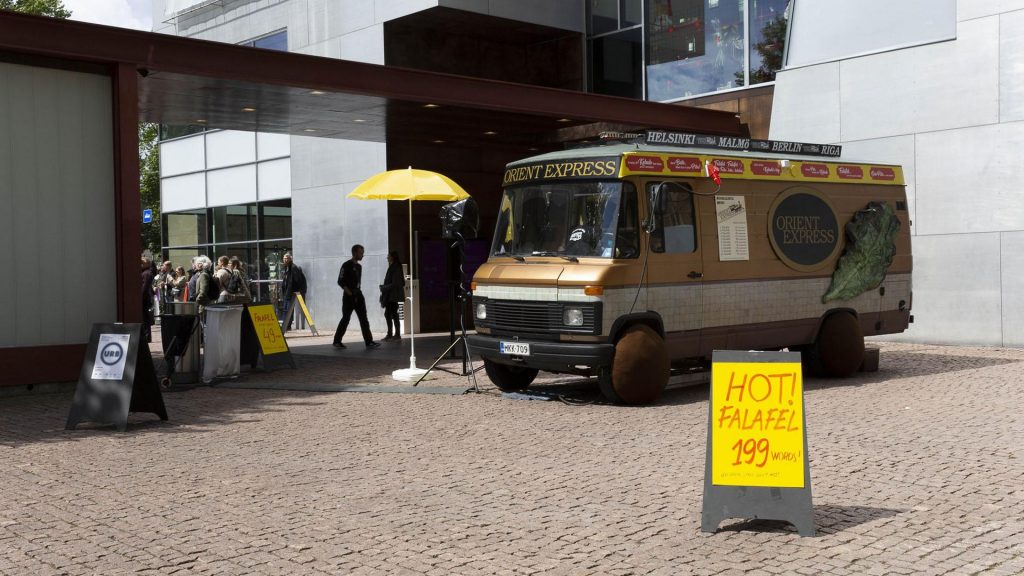 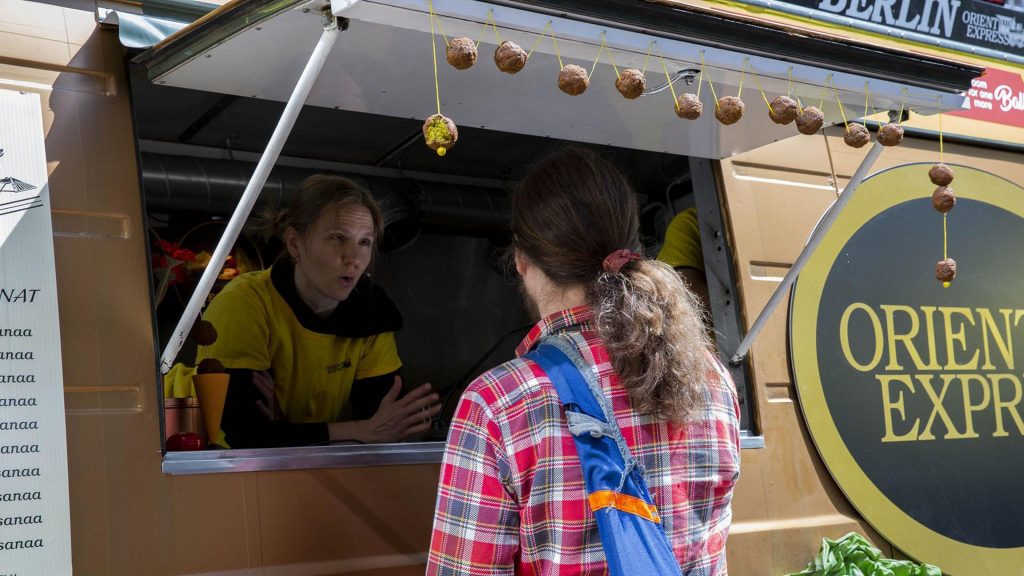